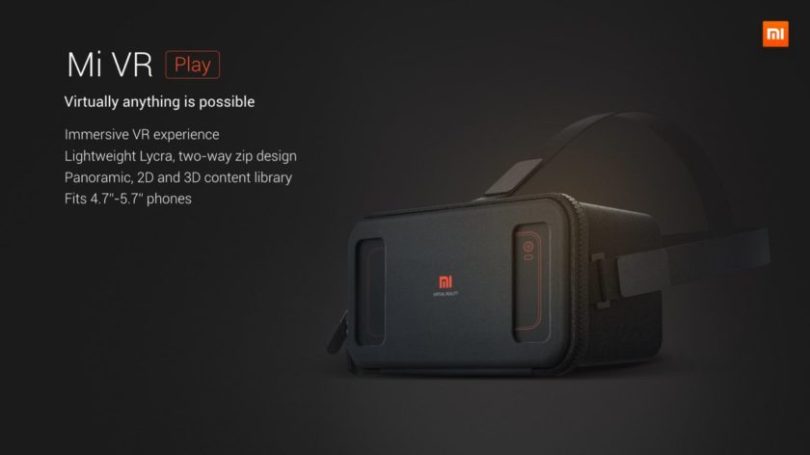 The company unveiled a test version of the Mi VR Play, its first virtual-reality headset. The VR Play works with your smartphone. You simply unzip the fabric panel on the front of the device and slip in your phone.

The device is compatible with a wide variety of phones, ranging in screen size from 4.7 to 5.7 inches, Xiaomi said. Two openings in the front of the headset are designed to allow for adjustments to the phone’s position and provide sufficient ventilation for the phone.

Xiaomi is making it available to a limited number of beta test users, who signed up on August 1 when Xiaomi put out a call for volunteers. One million users signed up in just eight hours, the company said, but Xiaomi has selected just a fraction of those — likely “tens of thousands,” a representative told TechCrunch.

For those lucky ones accepted into the test program, the Mi VR Play will cost just RMB 1 ($0.15). Xiaomi told us that it has plans to make the headset more widely available in the future, but there’s no schedule for that right now.