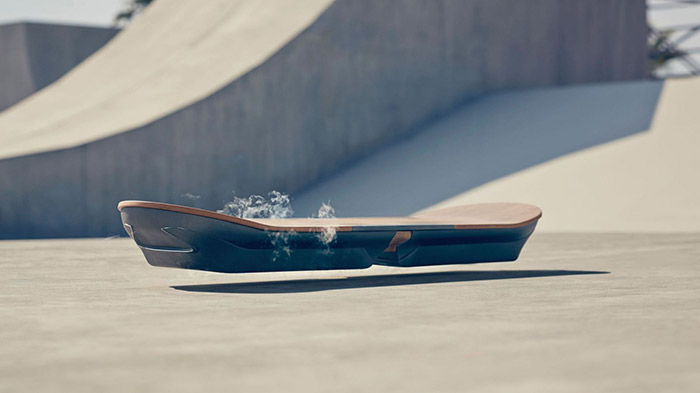 A movie called Back to the Future-2 (released in 1986) showed kids in year 2015 using Hoverboard to move around. And indeed, this year, that Sci-Fi invention has come to life, we actually have a Hoverboard in development. The Japanese car-maker, Lexus shared some promotional videos in July, 2015 featuring its new project called “Slide” which is a beautifully designed Hoverboard. This hoverboard levitates over the ground and allows you to move around.

But the company has made it clear, that this Hoverboard won’t be available for commercial use, as the company just wanted to try and prove that this amazing concept can be achieved.

How it works:
According to Lexus, “the Hoverboard uses magnetic levitation to achieve amazing friction-less movement. With the combination of Liquid nitrogen cooled superconductors and permanent magnets, allow Lexus to create the impossible”. The superconductor inside the board and magnets in the ground creates a phenomenon called the Meissner effect, which helps it to achieve a stable levitation over the ground and makes it possible to move around. The fumes you see coming out of the Hoverboard are because of Liquid Nitrogen used to keep the superconductors in the board below their transition temperature.

A similar project called Hendo also made a prototype, which is backed through a Kickstarter funding campaign.

The recent video of Lexus Hoverboard  says: “See it August 5th” for a bigger announcement. But as per current rumors, its being said that this project is a promotional tool for a yet to be announced Car. Lets wait until August 5th, to see what surprise does Lexus has for us.