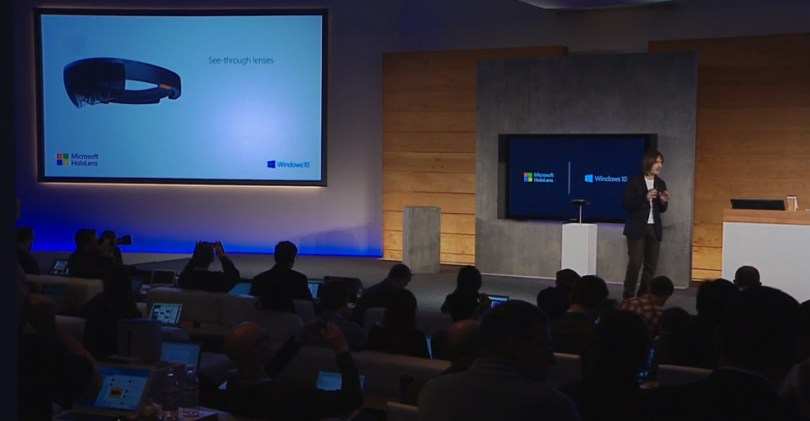 The future of holograms, 3D holograms, similar to what we have been watching in sci-fi movies like Ironman/iRobot, is real now. Microsft just demonstrated their new technology at the Windows10 Keynote. And its jaw-breaking. Its expected to be launched in July 2015.

Microsoft hologram could be later compatible to other emerging hardware on that horizon, like Oculus Rift and Magic Leap and more.

This holograph technology allows you to get more closer to your development work, field like getting inside games, random places, building, creating virtual products, by having complete control over it using hand gestures in the air. You can move your design components, rotate, visualize, zoom, have a 360° view and much more.

Along with these two products, Microsoft also introduced HoloStudio – a 3D modelling tool that lets people build holograms, its a new platform to work with holographic environment. The build work can be later integrated for 3D printing for physical use.

Microsoft wants you to imagine a world beyond screens, where your thoughts take a shape of holographs and float in front of you.

HoloLens leader Alex Kipman said during his presentation at the keynote, “We’re not talking about putting you into virtual worlds, we’re dreaming beyond virtual worlds, beyond screens, beyond pixels.”