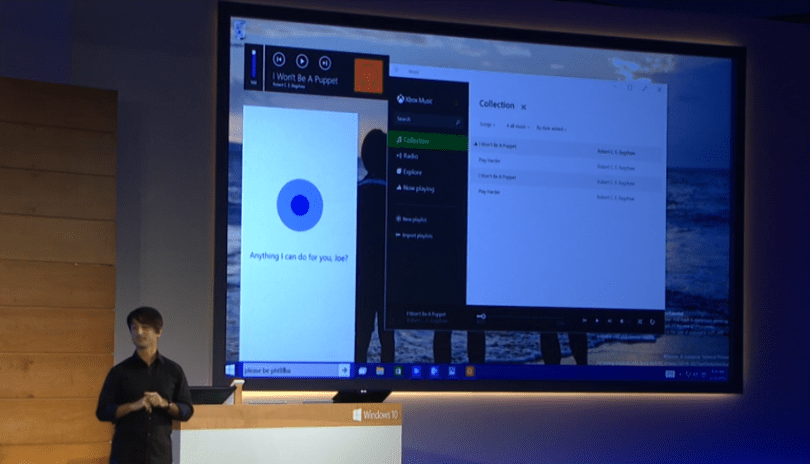 Cortana is the digital voice assistant launched by Microsoft as a competitor to Apple’s Siri, Google’s OKGoogle.

And today at the Window’s Keynote, the team introduced Cortana for Windows10 Operation System, which was already available for Windows phone devices.

Cortana is not simply a voice assistant like other in the market, but its more intelligent than other voice assistants, its gains full control of your operating System and its more personal. It will be available to million of users on any windows 10 phone,tablet or desktop device.

Cortana now supports more 7 languages.  It can look for news, weather update, Search information over the internet, your cloud accounts like OneDrive, send mails, sms, apps from windows store, apps installed on the local device, play music and much more.

Cortana really is impressive,as it learns itself from the internet and information it gathers from users history and activity.

Cortana is placed inside the search box located near the Start button. From this box, you can search the web, your local computer and results will appear just above it.