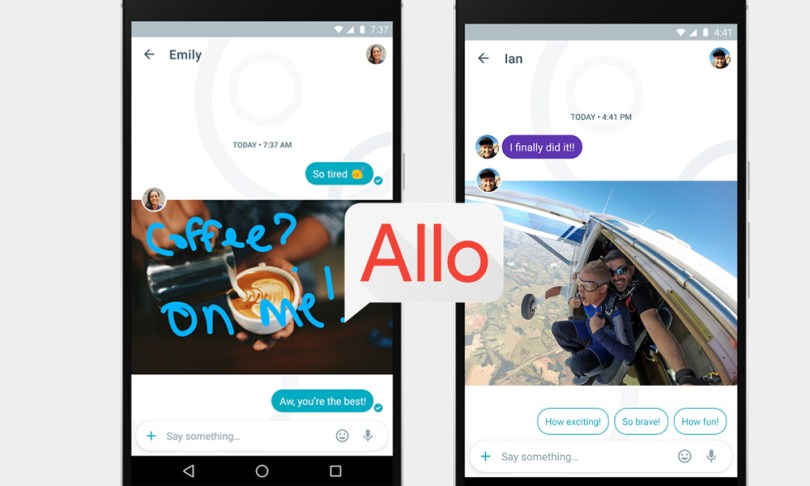 In the recent Google I/O event, Google did announce a lot of new things. It also included a new smart messaging app called Allo, which learns over the time to be more helpful and expressive.

Allo is backed with Google Images and Google Assistant technology, which means you, can chat with friends as well as can perform Google Search. It also uses Google’s image recognition engine for pictures sent during the conversations.

Allo comes loaded with some known and completely new features like Smart Reply as in Google Inbox, WhisperShout which adds a slider to chatbox to scale the text size and text overlay to images.

Using Allo, you can make restaurants bookings and any other information like sports, player info just as in Google Search. It does also has an incognito like feature, which allows you to have private and unmonitored chats.

Google Allo is yet to be released, but has an option to pre-register yourself to get an early access from PlayStore.